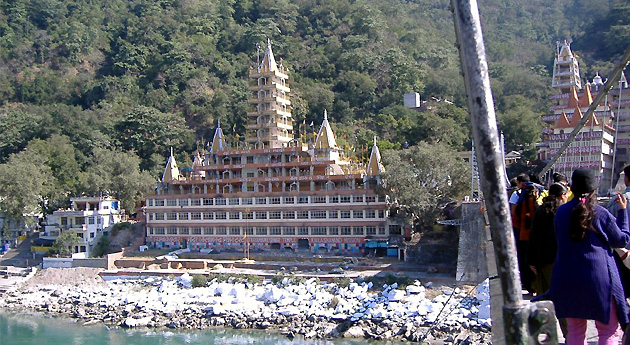 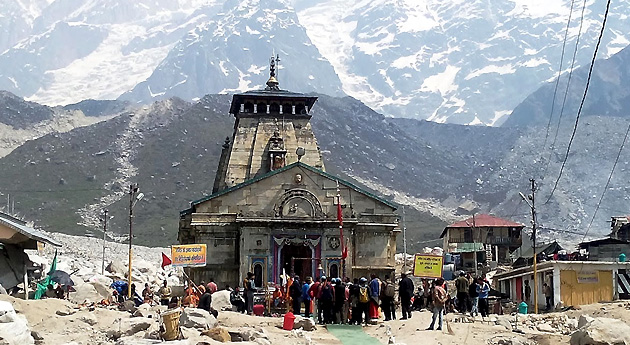 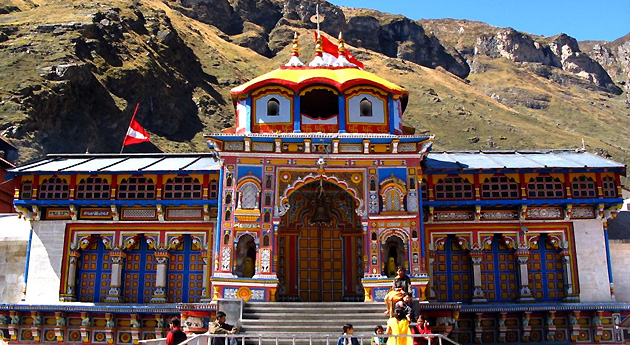 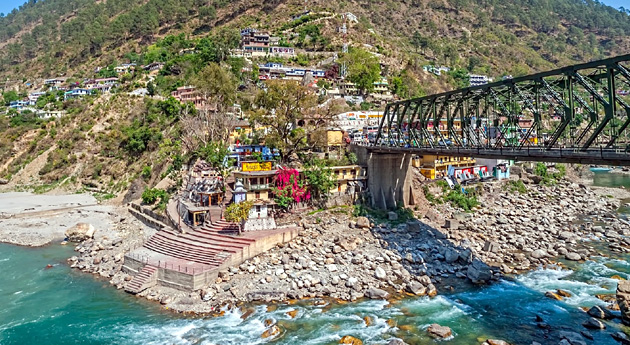 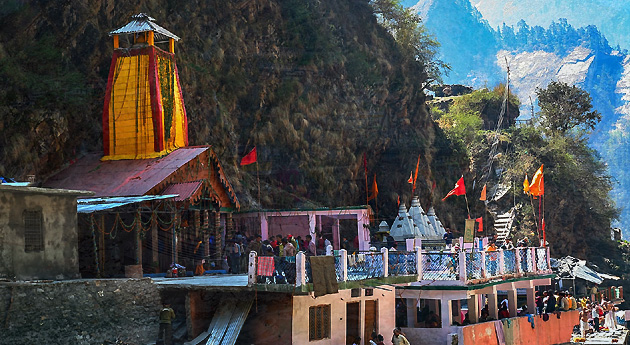 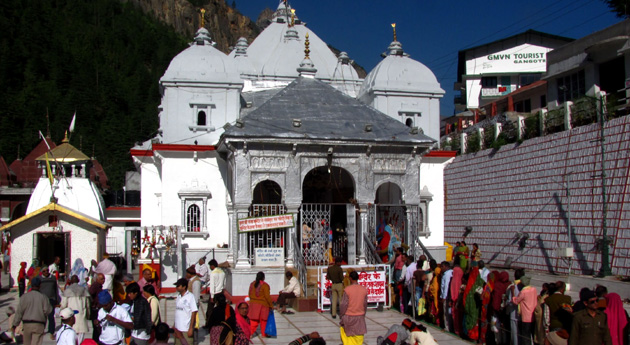 The holiest of pilgrimages in India, the Chardham Yatra is said to be the ultimate journey to divine sites in the mountains of Uttarakhand. The pilgrimage is said to get blessings of the almighty and also grant salvation to devotees. The sacred places to visit on the divine journey are Yamunotri, Gangotri, Kedarnath and Badrinath.

As the yatra takes to the high mountains of Uttarakhand, summer is the best time to embark upon the sojourn. Only in the warm months, the doors to the holy places open for the pilgrims. With India Pilgrim Tours make plans for your holy Chardham Yatra tour package, for the 10 days tour with fixed departure dates in May. Take a look at the details in the following itinerary.

The Chardham Yatra begins with your arrival at the Haridwar Railway Station. From here, get assistance with drive to Barkot via Mussoorie. En route, pay a visit to Kempty Fall. It is also suggested to have your lunch here as further on the way, there will be no good restaurants are available until Barkot.

Later, continue with your drive to Barkot. On reaching, check in to your hotel. Rest of the day is at your own leisure. Relax in the scenic town. Mostly, save your energy to embark on the pilgrimage to Yamunotri the next day.

Set amid scenic natural beauty at the confluence of Yamuna and Tons rivers, Barkot is located at over 4,000 ft. The lush apple orchards and panoramic views of the snowcapped mountains of Bandarpoonch add to the charm of the town. Also, the weather will be quite pleasant with temperatures ranging from 25-30 degree Celsius.

Early in the morning, begin your drive to Jankichatti/Phoolchatti. The trek to the holy temple of Yamunotri starts from here. Complete the 6 km distance either by walk or by horse or by doli at own cost. On the way to the holy shrine, pass through lush green valleys, several species of Himalayan shrubs and the mighty mountains.

The westernmost shrine of the Char Dhams in Uttarakhand, Yamunotri is the sacred temple of River Yamuna. According to legends, the river goddess is the twin sister of Yama, the Lord of Death and the daughter of Surya the Sun. Under the gaze of the Banderpoonch mountain range (6,361m), this is the fabled origin of the Yamunotri glacier. The actual origin, Champasar Glacier lies 1 km ahead of the shrine, at an altitude of 4,321 m.

Before entering the temple, visit the thermal Surya kund where you can pack rice in a cloth and dip it in and the rice will be cooked. The cooked rice is taken as prasad by the pilgrims.

Near the temple you can opt to offer pooja to Divya Shila. Also, you can choose to take bath in Jamunabai Kund's warm water. Proceed for 'darshan' of the pious "Yamunaji" at the beautiful temple built by Maharani Gularia of Jaipur in the 19th century.

Return with blessings to Jankichatti. Get assisted drive back to Barkot.

Overnight stay in the hotel.

After breakfast at the hotel, check out. Begin your drive to Uttarkashi. The beautiful town in Uttarakhand is home to a number of ashrams and temples. In addition, it is also known for the Nehru Institute of Mountaineering.

On your arrival, check in at the hotel. The day is free on plans. You can opt to explore the holy town on your own.

Interestingly, the name of Uttarkashi reflects its similarity to the city of Kashi. As Kashi, presently known as Varanasi, Uttarkashi is set on the banks of the holy River Ganges, near a hill named Varun Parvat. Likewise, Uttarkashi too has a Kashi Vishwanath temple, one of the oldest Shiva temples in India.

The Maharani of Tehri State got the temple re-constructed in 1857 in the ancient architectural style. In the temple complex, a massive iron trident, shrines of Ganeshji, Sakshi Gopal, Markandeya Rishi's are also worshipped. The rituals of Akhand Jyoti as well as Akhand Abhishek, special aarti at morning and evening are offered.

Also, pay a visit to the Shakti temple, home to the big 'Trishul' of about 6 meters in height and a circumference of 90 cm at bottom. According to legends, Goddess Shakti threw the weapon at the demons.

Begin the day. In the morning leave by road Gangotri. On the way, stop at Gangnani for a holy dip in Garam Kund. Proceed with drive to Gangotri via beautiful Harsil Valley, enjoying natural beauty along with majestic views of the Deodar trees, and mountains.

On arrival, first take a holy dip in the sacred River Ganges, also called Bhagirathi at its origin. Proceed for a visit to Gangotri Temple. The beautiful shrine was built in the 18th century on orders of the Gorkha General Amar Singh Thapa. Have a darshan and perform puja rituals.

Overnight stay at the hotel.

Proceed to Guptkashi via Moolgarh & Lambgoan early in the morning. On the way, enjoy the view of the beautiful River Mandakini at Tilwara. The Mandakini River flowing from Kedarnath is one of the holy rivers in Uttarakhand. Continue driving along the river until Guptkashi.

The town too has an interesting name coming from a tale from mythology. The name translates to 'Hidden Benares'. It is said that the Pandava brothers of the epic Mahabharata were searching Lord Shiva, who was hidden here, but later fled to Kedarnath, where the Pandavas finally got their wish fulfilled.

Also, the hereditary priests of Kedarnath, known as pandas live in Guptkashi during the winter months, while Kedarnath temple closes for the winter and the Lord image is sheltered at Ukhimath.

On arrival in the town, check in at the hotel. Relax for a while, after which leave for a visit in the evening to the Ardh Narishwar Temple.

Overnight stay at the hotel.

As soon as you are done with medical check-up, proceed to Sonprayag. The trek to Kedarnath is a distance of 19 km. The steep journey to 3584 m can be completed by pony or palanquin.

One of the 12 Jyotirlingas of Lord Shiva, the serene temple is set against the backdrop of the majestic Kedarnath range. According to legend, Lord Shiva was hidden here in the form of bull. He was eluding the Pandavas who were seeking redemption for the killing of brothers, Kauravas in the Kurukshetra war. The five brothers found the Lord here hidden in the ground, only with the hump visible on the surface. One being jerked by Bhima, the most powerful of the brothers, Lord Shiva appeared here as a shivling.

Also, there were other manifestations at four different places. The arms appeared at Tungnath, the face at Rudranath, the belly at Madhmaheshwar and his locks (hair) with head at Kalpeshwar. Together all the five shrines are known as Panch Kedar.

Pay darshan at the Kedarnath temple.

Overnight stay in the hotel.

Start the day at the pre-dawn hours. Take bath and reach the temple by 4:45 AM for the mesmerizing ritual of 'Abhishek' to Lord Kedarnath. Step foot inside the Garbha Griha and touch the idol. It is also permissible to bow and lie flat on the ground, touching your head to the deity. After darshan of the temple is complete, proceed with the trek down to Sonprayag.

Get assisted drive back to Guptkashi, where you will check in at the hotel.

Overnight stay in Guptkashi in the hotel.

In the morning, begin your drive to Badrinath temple via Joshimath. One of the holy 'Four Dhams', the pilgrimage spot lies at 3,133 m in the mountains. The two mountain ranges known as Nar & Narayan guard on either side while the soaring Neelkanth Peak provide a splendid backdrop.

Legend has it, that the place got the name "Badri van", meaning 'forest of berries' as it was once carpeted with wild berries. Before entering the shrine, it is customary to bathe in the natural thermal springs of the Tapt kund, on the banks of the river Alaknanda. Near, the kund, take a look at the recess in the river. The pool formation is said to be where the Badrinath idol was recovered.

Proceed for darshan at Badrinath Temple. One of the 108 divya desams, the presiding deity is Lord Badrinarayan, a black stone statue of Lord Vishnu.

While the temple is the highlight of pilgrimage, there are many other holy places nearby. The Brahama Kapal is a flat platform on the bank of river Alaknanda, where Hindus perform propitiating rites for their deceased ancestors. Sheshnetra, also known as the Sheshnag's eye has an impression of the legendary serpent. Pray at the footprint of Lord Vishnu on a boulder known as Charanpaduka. Get blessings at the Mata Murty Temple, devoted to the mother of Sri Badrinathji.

While spiritual bliss is the best part of the town, there is more. The natural beauty of the mountains of Uttarakhand only make the pilgrimage a life-changing journey. Visit the Mana Village, inhabited by an Indo-Mongolian tribe. It is the last Indian village before Tibet. Vasundhara is a magnificent waterfall that inspires awe among all. Another fascinating sight is, Bhim Pul, a massive rock forming a natural bridge over the roaring Saraswati River. The spectacular view is believed to have been placed there by Bhim, the second eldest among the five Pandava brothers.

Also while you are sightseeing, also explore the Vyas Gufa, the rock-cave where Ved Vyas is believed to have composed the Mahabharata and the Puranas.

Early in the morning, have bath in the Tapt Kund and proceed for darshan at the Badrinath temple. Known as Badri Vishal, the temple is one of the five forms of Badri.

With blessings of the divine, drive back to Rudraprayag / Kirtinagar via Joshimath. The beautiful town of Uttarakhand is set on the confluence of the Rivers Alaknanda and Dhauliganga. The winter seat of Lord Badrinath, Joshimath is one of the four 'Maths' established by Adi Shankaracharya. In the winter months, when the doors of Badrinath temple are closed the idol is brought down to Joshimath and installed in the temple for people to worship. As the popular belief holds that one day Badrinath valley will cease to exist. The Gods will reside at the Bhavishya Badri.

On arrival in Rudraprayag/ Kirtinagar, check in at the hotel for overnight stay.

In the morning, start with your drive to Rishikesh. Known as the 'place of sages', the spiritual town is settled on the bank of Ganga, surrounded by Shivalik range of the Himalayas. As an answer to the hard penance of Raibhya Rishi here, God appeared by the name of "Hrishikesh". Hence, the town came to be known as Rishikesh.

In the holy town, embark on visit to temples and sightseeing. The popular sites to visit are- Laxman Jhula, Ram Jhula, Triveni Ghat, Bharat Mandir, Sivananda Ashram, among many others.