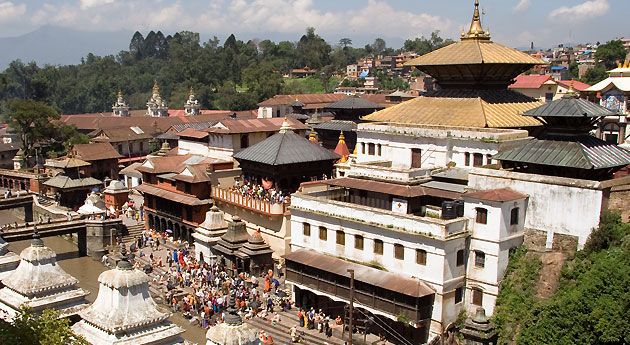 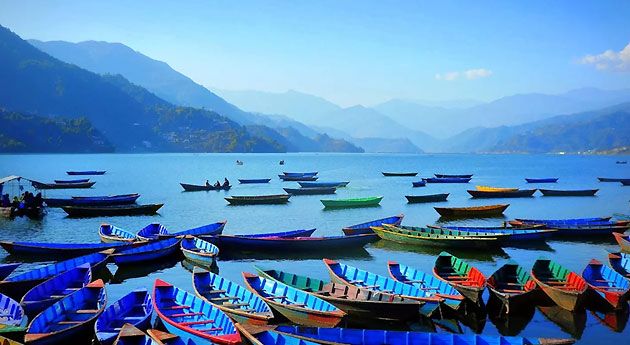 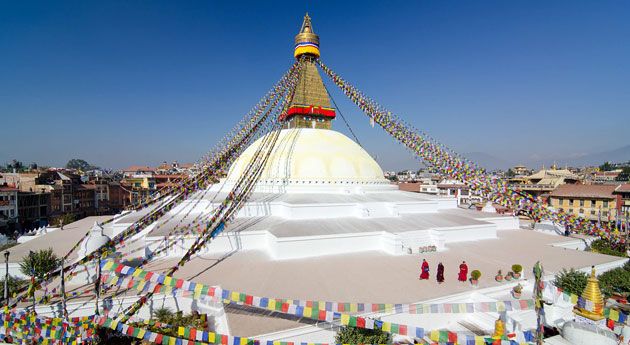 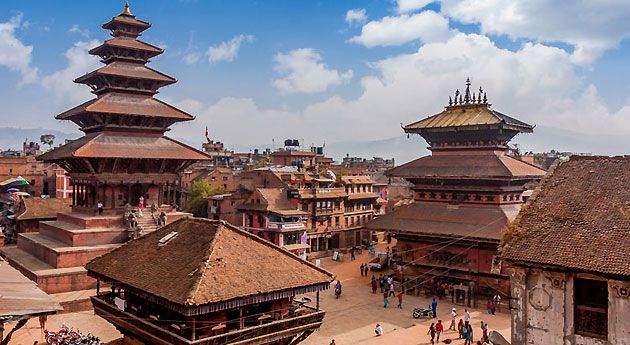 Nepal nestled in the lap of Himalayas has holy sites that call for a spiritual pilgrimage tour. Muktinath and Pashupatinath Darshan Yatra offers the blissful opportunity to get blessed by two of the ancient sacred places in addition of many other heritage sites. Begin your tour with visit to the holy city of Kathmandu with more temples than houses.

Get a chance to visit famous temples in Nepal like Pashupatinath Temple, Muktinath Temple and Boudhanath temple that are considered to be of great significance among the Hindu devotees. In addition, the bliss of the mountains help you with answers to spiritual quest. Embark upon the 6-day Muktinath and Pashupatinath Temple tour with India Pilgrim tours for divine blessings.

Arrive at the Kathmandu International Airport. Meet our tour representative and enjoy a warm welcome to the mountain kingdom. Get assisted with transfer to the hotel. Freshen up and relax in the hotel room.

Later in the day, leave for a half day sightseeing tour. Visit the holy temples of Pashupatinath and Boudhanath. These ancient holy sites are the reason why Kathmandu finds its mention in the list of UNESCO World heritage sites.

3 km from Kathmandu, Pashupatinath temple on the banks of the Bagmati River in Deopatan is dedicated to a form of Shiva called Pashupati (Lord of Animals). The temple is decorated with wood carvings of other gods and goddesses from the Ramayana. Also the sprawling temple grounds include many other old and important temples, shrines and statues. Here do pay a visit to Chadeshvar, an inscribed Licchavi linga from the 7th century and the 9th-century temple of Brahma. Visit Dharmashila, a stone where sacred oaths are taken, and marvel at pillars with statues of various Shah Kings. The sacred temple of Pashupatinath is a UNESCO World Heritage Site.

Next, proceed to bask in the divine bliss of the Boudhanath Stupa. Known as Nepal's largest stupa and the holiest Tibetan Buddhist temple, it is the center of Tibetan culture and Buddhist symbolism. Built in the 14th century, it is known for interesting legends. Walk around and watch how the stupa serves refuge to Buddhist pilgrims.

Later, get back to the hotel for overnight stay.

Start the day with a hearty breakfast at the hotel. Later, proceed by road to Pokhara which will take almost 6 to 7 hrs. On your arrival in Pokhara, check-in at the hotel. Freshen up with refreshments.

Later, proceed for a half day sightseeing in Pokhara. Snuggled in northwest Nepal, the valley is among the most popular places for Annapurna mountain range trekkers and travelers alike. Pokhara city represent the beauty and charm of Himalayas. Here the mountains rise very quickly from height of 1,000 m to over 7,500 m. Enjoy the natural setting and bask in the serenity of the beautiful Phewa Lake.

Return to the hotel for overnight stay.

Wake up early morning to avail assisted transfer to Pokhara domestic airport. On arrival, complete formalities for Jomsom flight. The almost 25-minute flight brings to the charming town in Nepal.

Under the gaze of the splendid Mount, Nilgiri, Jomsom is set at an altitude of 2800m. Tucked between the mountain ranges of the Annapurna and Dhaulagiri, that reach beyond 8,000 m at their highest points. The city of Jomsom feels like a bottom of the world's deepest gorge, the Kali Gandaki Valley. Upon reaching the airport, get assisted with transfer to hotel for check in procedures.

Later, get ready for a visit to Muktinath Temple. A jeep ride on sharing basis will take you to the sacred site of Hindu and Buddhist pilgrims. The term "Mukti" means salvation and devotees from all across the world visit this temple for the same. Located in Muktinath Valley at an altitude of 3,710 meters at the foot of the Thorong La mountain pass- one of the highest pass in the Himalayas, the temple worships forms of Devi Shakti, Lord Shiva, Lord Vishnu and even the Buddhist Guru Padmasambhava.

With blessings of the divine powers, get back to the hotel for overnight stay.

Today's plans include assisted transfer to the airport to board the flight for Pokhara.

As you arrive to the city, get assistance with transfer to hotel and check in to the hotel. The rest of the day is at your own leisure. Enjoy a pleasant overnight stay at the hotel.

Start the day with a delicious breakfast at the hotel. Later in the day, drive to Kathmandu.

On your arrival, check in to the hotel. Rest of the day is at your own leisure. Overnight stay at hotel.

After breakfast in the hotel, proceed for a half-day sightseeing tour of Kathmandu. While you are out sightseeing also bow your heads at Swayambhunath.

The capital of the Kingdom of Nepal, Kathmandu is also known as Kantipur. The first stop of the sightseeing tour is the temple of the Living Goddess. Moving on, the Kathmandu Durbar Square has an array of temples overlooked by the Hanuman Dhoka Palace, home of the Nepalese Royalty.

Next, almost 4 km away, proceed to the Swayambhunath Buddhist Stupa said to be 2000 years old. The revered stupa is composed of a solid hemisphere of brick and earth supporting a lofty conical spire covered by a pinnacle of copper gilt. The four sided base of the spire has been painted with all-seeing eyes of Lord Buddha. Also, this hill is a mosaic of small Chaityas and Pagoda temples.

After enjoying the splendid sights, get assisted with transfer to Tribhuvan International Airport for onward journey.