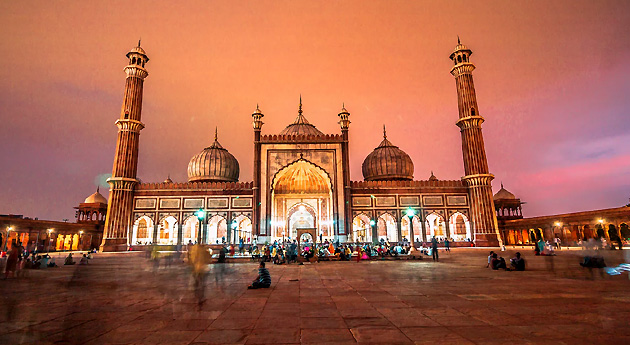 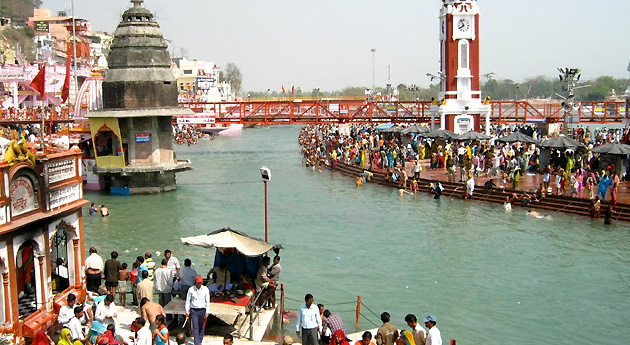 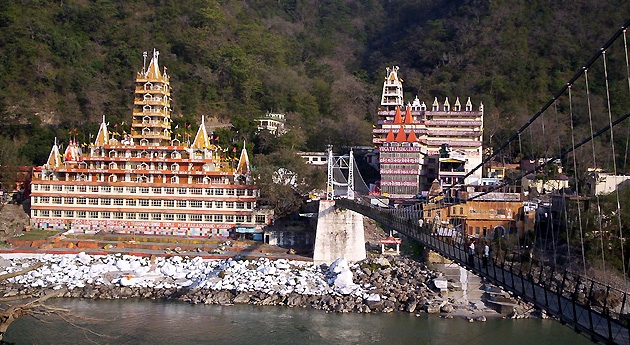 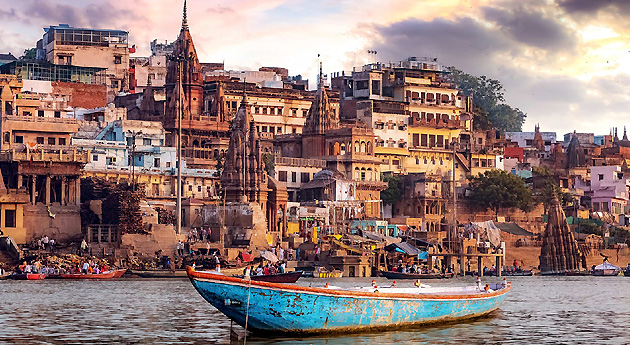 North India temple tour is a special tour itinerary for those who wish to explore the most famous religious sites of North India in a span of 8 nights/ 9 days. The northern region of India is dotted with several places of worship, which is highly revered as well as architectural wonders. Along with Delhi and Agra, the itinerary takes you to popular holy cities of north India like Haridwar, Rishikesh, Varanasi, Sarnath, and Mathura, etc.

On arrival in Delhi, our tour representative helps you with an assisted transfer to the Haridwar. It will take 6 hours to reach Haridwar. You will have an assisted check-in upon your arrival in Haridwar. This is the first place where the mighty Ganges hits the plains, the holy city of Haridwar has a distinctly spiritual feel to it. Here, you visit the very popular Har-ki-Pauri, which probably is the most popular bathing Ghats of River Ganga. Later, visit the other popular temples of Haridwar namely Daksh Mahadev Temple, Bilkeshwar Temple, Anandmai Ashram, Vaishno Devi Temple, Doodhadhari Temple, and Bharat Mata Mandir. In the evening, you will attend the Ganga Aarti at Har-ki-Pauri.

Later, return to the hotel after the sightseeing tour. Have a sumptuous dinner. Overnight stay at the hotel in Haridwar.

On day 2, get ready for the Haridwar temple tour. After breakfast, you will visit the Chandi Devi Temple, Mansa Devi Temple, Pawan Dham, and Bhooma Niketan. After paying homage to these shrines you will head towards the Rishikesh. It will take only one hour to reach there. Enjoy the mesmerizing views of the River Ganga and witness the majestic beauty of the holy river when it enters into the plains from the hills.

Upon your arrival in Rishikesh, you will have an assisted check-in at the hotel. Later, embark the sightseeing tour of Rishikesh with the visit to the Lakshman Jhula which is a 450 ft. a long iron bridge suspended on the River Ganges. After that, visit the Bharat Mandir founded by the Adi Guru Shankracharya. You can spend your evening on the bank of the River Ganga and soak in the serenity and tranquility of the place.

Return to the hotel after the sightseeing and have a delicious dinner at the hotel. Overnight stay at the hotel in Rishikesh.

On day 3, post breakfast you will drive towards Delhi. Enjoy the scenic beauty picturesque landscape of the place. You will reach Delhi in 7 hours and upon arrival, complete the check-in formalities at the hotel. The rest of the evening is at your leisure. You can stroll in the local market and delve into the magnificent aura of the national capital.

On the 4th day of the tour, after having breakfast you will start your sightseeing tour of Delhi. The capital city of India, Delhi is a concoction of varied cultures, an amalgam of old-world and new-age charm. The place is dotted with several architectural wonders.

Some of the most popular attractions of Delhi that you visit today are Parliament House, India Gate, Swaminarayan Akshardham temple- dedicated to Bhagwan Swaminarayan, the temple is a wonderful piece of traditional style of architecture, and Laxmi Narayan temple- also known as Birla Temple, built-in 1938, this temple is dedicated to Lord Vishnu and his consort, Goddess Parvati.

You will also explore the UNESCO World Heritage Site of Qutab Minar Complex, Humayun's Tomb, and Red Fort (closed on Monday). You will also visit Lotus Temple, which is a Baha'i Temple situated on the hilltop.

Early morning you will leave for Agra. It will take 4 hours to reach there. Our tour representative will help you with an assisted transfer to the hotel. Complete the check-in. Later, get ready for a sightseeing tour of Agra. The erstwhile Mughal capital, Agra is dotted with several architectural masterpieces. Some of the tourist attractions that you visit today include UNESCO World Heritage Site of Agra Fort and one of the 'Seven Wonders of the World', Taj Mahal. Taj Mahal was erected by Mughal Emperor Shah Jahan in the memory of his beloved wife Mumtaz Mahal. The next attraction of the day Itmad-Ud-Daulah tomb. Also known as 'Baby Taj', it was built by Empress Noor Jehan in the memory of her father.

Return to the hotel after the excursion and have a delicious dinner. Overnight stay at the hotel in Agra.

In the morning, start driving to Vrindavan via Mathura. Mathura is a religious town that is known for being the birthplace of the beloved Lord Krishna. After exploring the popular religious site of Sri Krishna Janam Bhoomi's visit to the Vishram Ghat, Gita Mandir, Radha Kund, and Krishna Kund.

Then continue your journey to Vrindavan. It is a place where Lord Krishna spent his childhood. Pay a visit to the ISCKON Temple, Banke Bihari Temple which is believed to be one of

the main temples of Lord Krishna and the oldest temple which was built in 1921. Last but not least, you will seek blessings at Ranga Ji Temple which is the longest temple of Vrindavan.

(Temple opens every day at 6:00 AM for visitors and closed at 11:00 AM and again from 16:00 Hrs. to 18:00 Hrs. for Aarti. Some of the temples are in narrow Street where vehicles are not allowed to enter therefore you may have to take E-Rickshaw on direct payment basis).

Later return to the hotel for an overnight stay.

Day 7
Vrindavan to Delhi and fly to Varanasi

On day 7, the morning you will leave for Delhi to take a flight for Varanasi. Upon your arrival in Varanasi, our tour representative meets for an assisted transfer to the hotel. Also known as Banaras, Varanasi lies on the banks of Ganga River. The rest of the day is free for leisure activities. Indulge in the activities of your interest. You can visit the local market for buying some souvenirs or tasting the lip-smacking street food.

Overnight stay at the hotel in Varanasi.

On 8 days of the Varanasi Sightseeing tour, start your day with an early morning boat ride in the Holy River Ganga in Varanasi. A quintessential Varanasi experience, this boat ride lets you see the locals indulged in their morning religious rituals like performing Pooja, taking a dip in the holy waters, and so on. This boat ride is generally of an hour. (At an additional cost).

Back to the hotel for breakfast. Get ready for exploring the ancient Buddhist town, Sarnath. Around 13 km north-eastwards of Varanasi, Sarnath has several structures related to Buddhism including the Museum, Stupa, and the Buddhist temple. One of the most popular attractions here is the deer park, the site where Lord Buddha gave his first sermon after enlightenment.

In the afternoon, back to the city for sightseeing including the Bharat Mata Temple- constructed in 1936, this temple is dedicated to Mother India, Durga Temple- also known as Durga Kund Mandir, it is believed to be 500 years old, Benares Hindu University- founded in 1916, it is one of Asia's largest residential universities. Kedar Ghat and Vishwanath Temple are the other two famous attractions of the city where you will visit. Vishwanath Temple is dedicated to Lord Shiva and the most sacred shrine in the city. The original temple was destroyed by the Mughal Emperor Aurangzeb which was later restored by the Rani Ahilyabai in the 18th Century. You can attend evening Aarti at Kedar Ghat, which is one of the most revered Ghats of Varanasi.

One of the seven holiest cities of India, Varanasi has everything to connect you to your inner self and peace. Varanasi also sells fine-quality silk saris. Roam around, soaking-in the spirituality. If you will have time then go shopping and buy souvenirs for your loved ones. Then proceed to Varanasi Airport to catch the flight for your onward journey.