Inscribed on the UNESCO’s Representative List of Intangible Cultural Heritage of Humanity, the Kumbh Mela is all set to take place in the Allahabad in 2019. The revered and largest religious gathering offers uncountable opportunities to marvel at the ancient traditions and Indian culture at their best.

Kumbh Mela is not just for pilgrims of Indian origin but also welcomes the devotees from abroad. The fair is known to attract devotees in millions from all over the world. The exact age of the Kumbh Mela is uncertain and thus it is considered to be as the oldest Hindu festival. Kumbh Mela, a mass Hindu pilgrimage of faith is held periodically at four particular places i.e., Allahabad, Haridwar, Ujjain and Nashik after 12 years. Then there is the Ardh (half) Kumbh Mela which takes place between the two Purna Kumbh Melas at Haridwar and Allahabad only. And, the Maha Kumbh Mela repeats itself after 144 years. Thus, in the year 2019, the Ardh Kumbh Mela will be taking place in Allahabad at the Triveni Sangam. 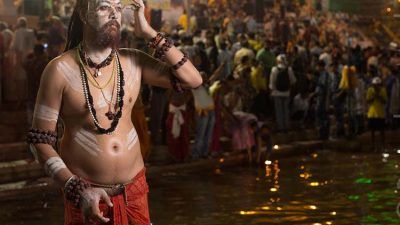 The exact date of the Kumbh Mela is determined, according to the principles of Jyotisha and the Vikram Samvat calendar, as per a combination of zodiac positions of the Jupiter, the Moon and the Sun. The main ritual of the Ardh and the regular Kumbh involves taking bath (snan) in the holy rivers. The holy act washes away all the sins and helps to attain salvation (Moksha).

The mythology behind the Kumbh Mela

As per some of the Hindu Mythologies, the Kumbh Mela dates back to the time when Gods and Goddesses used to stay on the Earth. During the time of Samudra Manthan (a fantastic episode of churning the ocean due to which the amrit or nectar of immortality originated), there was a fight between the Gods and the demons. During the fight to acquire the nectar, a few drops of it fell in the four rivers i.e., Ganga in Haridwar, Triveni Sangam (confluence of the Ganga, Yamuna and the mythical Saraswati) in Allahabad, the Godavari in Nashik and the Shipra in Ujjain. It is thus that these sites are the sacred places where the Kumbh Mela is taking place periodically since ages.

Places to visit in and around Allahabad

Triveni Sangam – the confluence point of the three sacred rivers

Patalpuri Temple – one of the oldest Hindu temples

How to reach Ardh Kumbh Mela 2019 in Allahabad

With its original name as Prayag, Allahabad is a metropolitan city in the state of Uttar Pradesh. In 2019, the city will be hosting the Ardh Kumbh Mela which can be reached by various means of transport. To make it more clear to you, mentioned below are the different alternatives to make it to the city to attend the Kumbh Mela.

Bamrauli airport in Allahabad is the nearest airport to reach Ardh Kumbh Mela by air. The airport is only at a distance of 12km from the city of Allahabad and operates only the domestic flights.

Allahabad has its own railway station known as the Allahabad Junction and is the headquarters of the North Central Railway Zone. It is at a distance of 2.7km from the city center.

Allahabad is easily accessible from all the major Indian cities by road.

So, as now you are updated with all the essential information of the 2019 Ardh Kumbh Mela to be held in Allahabad, do embark on this spiritual pilgrimage. Take a holy dip, wash away all your sins and attain salvation.