Spiritual Journeys in India for a Divine Bliss

Home to a number of religions, India exudes a divine aura. There is nothing better than participating in the spiritual journeys in India to witness the absolute faith of people on their almighty. Not only this, but these blissful sojourns offer utter serenity. Experiencing vibrant cultures, understanding deep-rooted beliefs and observing unique traditions are an added plus. Given these points, there is no reason left to not to delight in a pilgrimage in India.

Mentioned below are some of the highly revered spiritual journey in India which should definitely be a part of your bucket list. 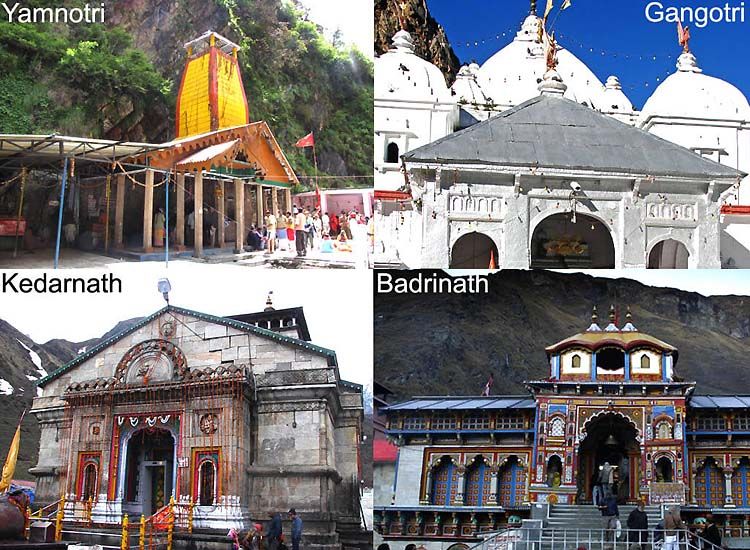 Covering four sacred shrines namely, Badrinath, Kedarnath, Yamunotri and Gangotri, the Chardham Yatra witnesses a huge number of devotees. The serene pilgrimage circuit in India starts from Yamunotri and ends at the Badrinath. Offering a mystical retreat, the journey allows to appease Lord Vishnu and Shiva together with Goddess Yamuna and Ganga. The awe-inspiring beauty aids in successfully completing the arduous journey that passes through various hardships.

Starting and ending time of the Char Dham Yatra

The Char Dham Yatra begins from the day of Akha-Trij or Akha-Teej which usually falls in the month of May. Bhai-Bij (or Bhai Dooj) which is the second day after Diwali marks the end of Yatra.

Ideal Duration: It takes 10-12 days to visit all the temples.

Best time to go on the Char Dham Yatra

Mid-May to July and September – October is the best time to plan Yatra in order to avoid various climatic hazards. The salubrious weather offers ideal opportunity to embark on Char Dham Yatra by Helicopter. 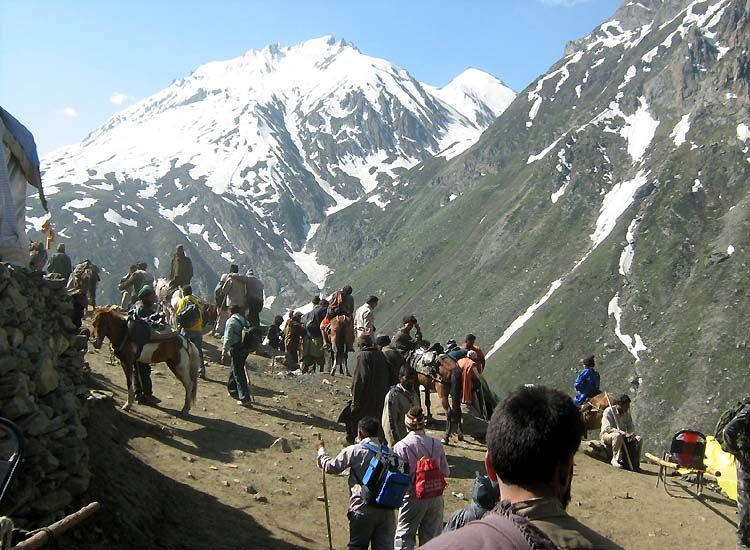 Even words fall short to describe the lure of the Kailash Mansarovar Yatra. Ranking amongst the most important pilgrimage sites in India, Mount Kailash and Man Sarovar Lake ooze an ethereal charm. Another key point to note is that this life-changing spiritual tour in India is treasured by Hindus, Jains and Buddhists alike. Dramatic Tibetan plateau, spellbinding views and the challenging trek make the expedition all the more enthralling. The holy journey ultimately results in a rendezvous with the Supreme Being.

Starting and ending time of the Kailash Mansarovar Yatra

The Kailash Mansarovar Yatra starts from June and runs till September. Spanning over 4 months, the journey enables devotees to get one step closer to Lord Shiva.

Ideal Duration: Depending upon the route chosen, the Yatra may take 22, 19 or 12 days.

Best time to go on the Kailash Mansarovar Yatra

Because of the excellent visibility and stable weather, mid-May to mid-October is the best time to go for Kailash Mansarovar Yatra. 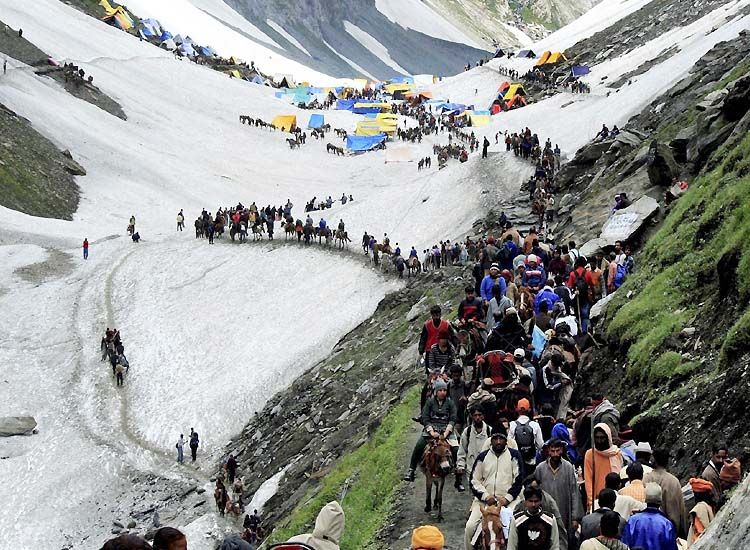 Amarnath Yatra is not just an ordinary pilgrimage, rather it is an unrivaled journey towards the divine. The trek to the holy Amarnath Cave is full of joy and thrill. But, getting the ‘darshan’ of the naturally formed ice lingam in the cave leaves one with tears of happiness in the eyes. Besides this, whosoever undertakes the spiritual retreat find himself lost amidst the picturesque valleys, stunning views, gushing river, scenic lake, etc.

Starting and ending time of the Amarnath Yatra

Earlier the Yatra used to start in July and end in August on the day of Raksha Bandhan. The time period was around 30 days. But, after receiving the overwhelming response from the devotees, the pilgrimage now usually starts from mid-June and runs till August. Due to this, followers of Lord Shiva get extra time to seek his blessings.

Ideal Duration: If taken from the Pahalgam route, then the Yatra takes 5 days. Whereas it takes only 1 day from Baltal route. It is important to note that although it takes less time but the trekking trail from Baltal is not that easy.

Best time to go on the Amarnath Yatra

Undertaking the Amarnath Yatra during the starting days of its commencement is considered to be best. The reason for this is that you get to witness the ice lingam in its full formation during this time period. 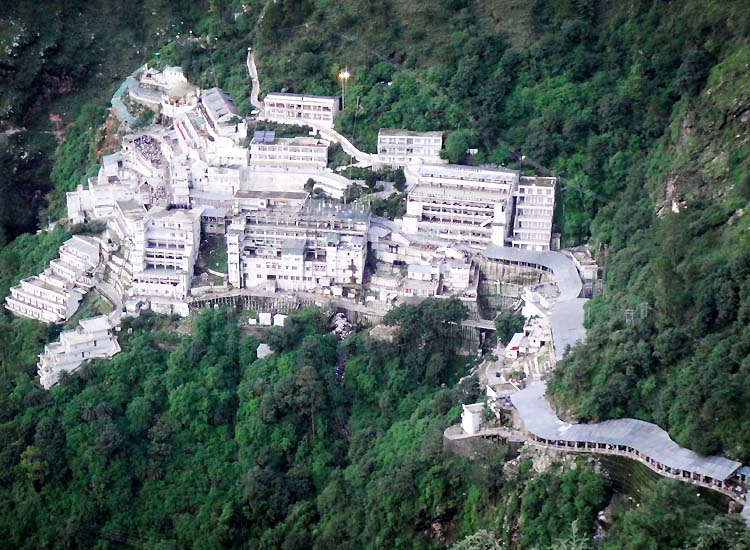 Comparatively easy than the aforementioned spiritual journeys in India, the Vaishno Devi Yatra is favored by many. Nestled at the Trikuta Mountains is the holy bhawan which houses the three incarnations of Goddess Durga in ‘pindi’ formation. Representing Goddess Kali, Goddess Saraswati and Goddess Vaishnavi, these natural formations flaunt many folklores associated with them. Valleys reverberating with hymn and ‘Jaikaras’ (cheers) of the Goddess provides the desired relief during the exhilarating trek.

Starting and ending time of the Vaishno Devi Yatra

The Vaishno Devi Yatra runs throughout the year. There are no starting and ending dates for the same.

Best time to go on the Vaishno Devi Yatra

Although the Yatra remains open throughout the year. But, it is advisable not to visit during the summer, monsoon and the peak season. Furthermore, the months between December – February are really cold and sometimes the place may receive snowfall. Another key point to note, the original cave is thrown open to the public in winters. Having said that, the trip may be planned accordingly. 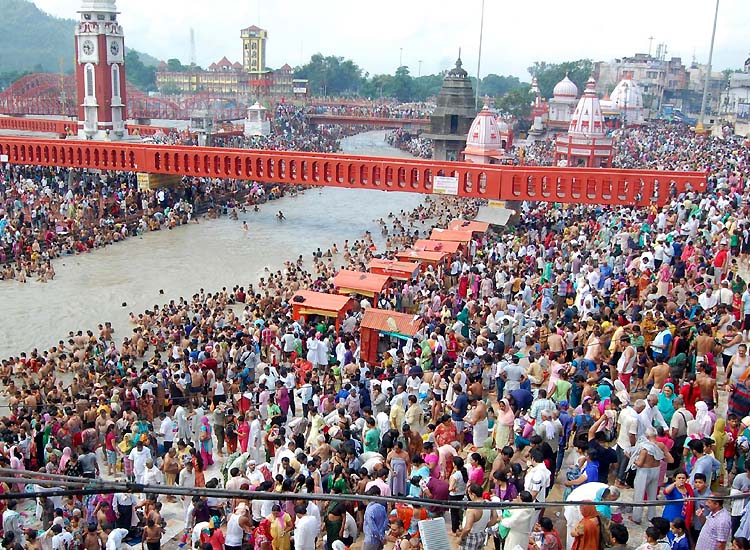 Taking place at the four sacred destinations along the banks of holy rivers, the Kumbh Mela is a much anticipated Hindu festival. A spiritual trip to India is incomplete without attending this one of the largest peaceful religious gatherings in the world. As per the Hindu mythology, the four destinations i.e., Haridwar, Nashik, Ujjain and Allahabad (Prayagraj) are so chosen because the drops of nectar fell here. Interestingly, the exuberant fair has been inscribed on the UNESCO’s Representative List of Intangible Cultural Heritage of Humanity.

Starting and ending time of the Kumbh Mela

The exact date of the Kumbh Mela is determined, as per the Vikram Samvat calendar and the principles of Jyotisha.

Ideal Duration: It is said that 12 days of God is equal to 12 years of human beings. Thus, plan your trip for 12 days, if you can. Or else, you can simply complete the pilgrimage in just 1-2 days.

Best time to go for the Kumbh Mela

The Kumbh Mela receives huge footfall on the days of Shahi Snan. So, if you are not afraid of the huge crowd, you can visit any of those days. Or else, for an easy and comfortable journey, you can visit on any day during the Mela. 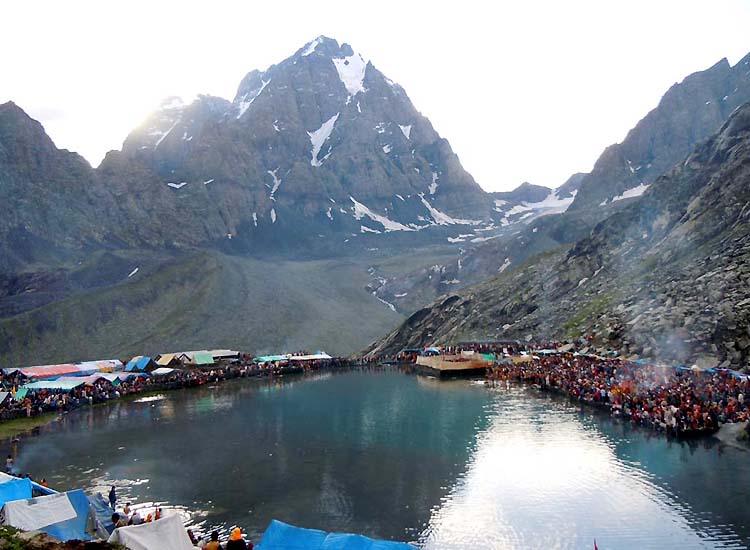 Tucked beautifully amidst the enigmatic lap of the Himalayas, the Manimahesh Lake casts a spell. The Mani Mahesh Lake Yatra is an expedition towards the lake and is as beguiling as the destination itself. Offering a blissful spiritual traveling in India, the voyage passes through some of the most breathtaking trails. Various surprises like the changing climate after every half hour await you during the divine tour. Apart from this, taking a dip in the Gauri Kund and Shiva Krotri en route is definitely an otherworldly experience.

Starting and ending time of the Mani Mahesh Lake Yatra

Since time immemorial, the Mani Mahesh Lake Yatra is held from Krishna Janmashtami till Radha Ashtami. Both the occasions usually fall in the month of August to September. However, the demand to increase the number of days of the Yatra is voiced from time to time.

Ideal Duration: The Yatra requires a minimum of 3 days, including one-night stay en route at Dhancho.

Best time to go for the Mani Mahesh Lake Yatra

The Yatra is held only for 15 days, usually in the month of August or September. Hence, this is the best time to go on Mani Mahesh Lake Yatra. 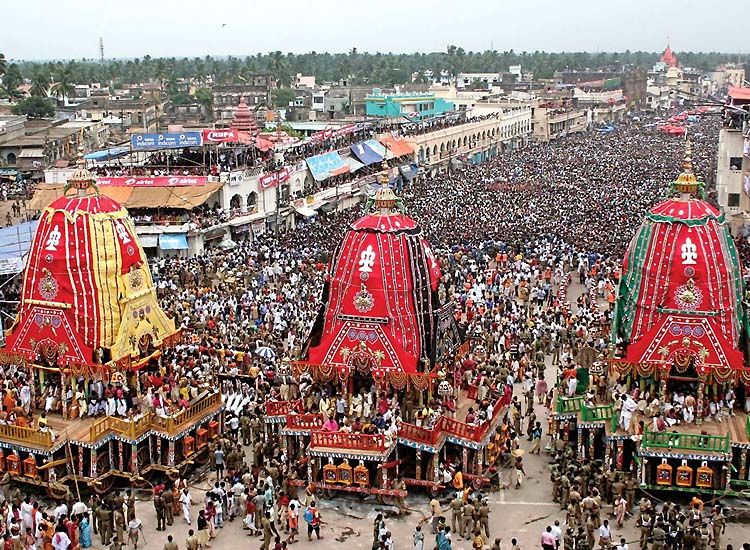 Have you seen millions of people gathering at a place for a chariot pulling ceremony? If not until now, then you must plan the Puri Rath Yatra. Celebrated with great zeal, the annual festival marks the days when Lord Jagannath is on a ‘holiday mode’. He along with his siblings namely, Lord Balabhadra and Goddess Subhadra visit to his maternal aunt’s house. All this happens during the cultural fiesta in a way that is worth-witnessing. Scores of enthusiasts flock together to pull the huge ornate chariots carrying the idols of the three deities.

Starting and ending time of the Puri Rath Yatra

The festival is celebrated on the second day in the bright fortnight of Ashadha month (according to the Hindu calendar) which overlaps with the month of June or July. The festival takes place for 10 days.

Ideal Duration: The Yatra culminates in 10 days. But the chariots are drawn only on one day. Thus, you can either stay there for 10 days or 2-3 days will be enough.

Best time to go for the Puri Rath Yatra

Spanning for 10 days, the festival usually falls in the month of June or July. Therefore, this is the best time to go on Puri Rath Yatra. 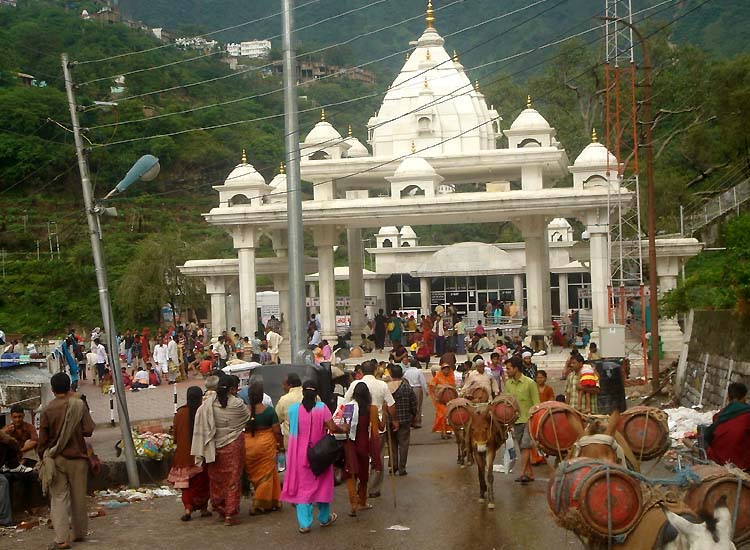 Known for innumerable incarnations, Goddess Durga generously bestows his keen devotees. Out of the many, devotees mainly worship the nine forms of the Devi. Nau Devi Yatra takes the pilgrims to nine earthly abodes of the Goddess sprawled over different parts of the country. Most of them are amongst the 51 Shakti Peethas of the Goddess. The trip covers Mansa Devi Temple in Chandigarh, Nainadevi, Chintpurni, Sheetla Devi, Jwala Ji, Chamunda Devi, Maa Bhagula Mukhi and Kangra Devi temples in Himachal Pradesh and Vaishno Devi in Jammu & Kashmir.

Starting and ending time of the Nau Devi Yatra

The Nau Devi Darshan is a highly revered Indian pilgrim tour which runs throughout the year.

Ideal Duration: In order to travel all the temples of the Goddess, one needs to spare at least eight days.

Best time to go for the Nau Devi Yatra

Except for the monsoon (July-mid-September) and peak season (April and October), all other months are ideal to plan the trip.

These hand-picked pilgrim tours are just a few out of the many. There are many more eye-opening sojourns that one must undertake before it’s too late!